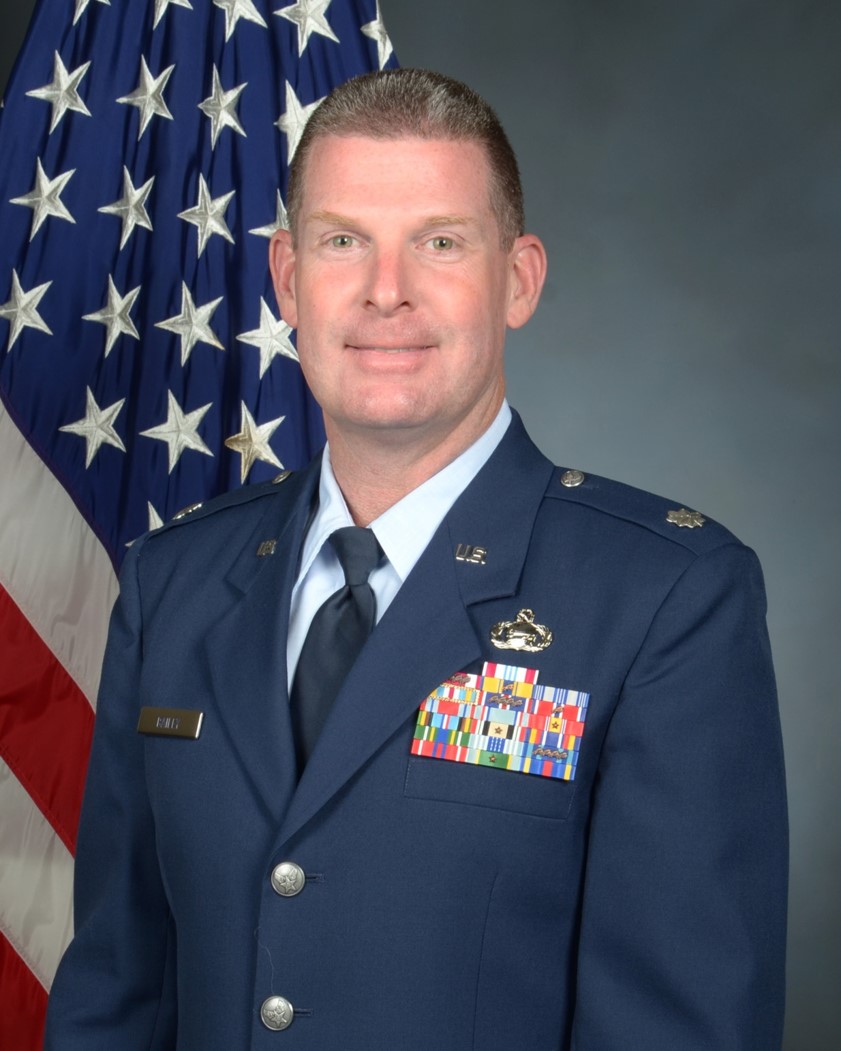 Lieutenant Colonel Bailey is originally from Reynolds, GA and graduated from Taylor County High School in 1985. Upon graduation from high school he enlisted in the Air Force and entered basic training at Lackland AFB, TX, February 1987. After graduation from basic training Airman Basic Bailey attended the Command, Control, Communications, Countermeasures Specialist Couse at Goodfellow AFB, TX. Continuing the Texas adventure, he was assigned to the 6906 Electronic Security Squadron, Brooks AFB, TX. A crowning achievement during his time at Brooks was his selection for Senior Airman (E-4) below the zone. During his three year tour Sgt Bailey compiled over 500 days TDY. In February1991, SSgt Bailey made the transition from active duty to active reserves where he was assigned to the 8075 Electronic Security Squadron, Brook AFB, TX.

In May 1995, he earned a Bachelor of Arts degree in Political Science from the University of Texas at San Antonio and was commissioned into the Air Force. 2Lt Bailey served nine months as the Special Assistant to the Commander before being assigned to Goodfellow AFB, TX. Upon graduation from the Intelligence Officer’s Course 2Lt Bailey was assigned to the 68th Fighter Squadron, Moody AFB, GA. While at the 68th 1Lt Bailey deployed to Saudi Arabia and Bahrain in support of Operation Southern Watch.

Following his assignment to Moody, Capt Bailey was assigned to the KC-135 Combat Employment School, Fairchild AFB, WA. During his tenure as the Officer in Charge, Intelligence Flight, Capt Bailey was instrumental in standing up the intelligence section supporting what is now the KC-135 Weapons School. His section was recognized as Air Mobility Warfare Center’s Intelligence Flight of the Year, 1999. Taking a special duty assignment Capt Bailey served as Assistant Professor of Aerospace Studies at Florida State University. Capt Bailey served as the Commandant of Cadets responsible for the education and training of over 200 cadets. During his tenure, Detachment 145 was recognized as the High Flight award winner on two occasions, representing the number one detachment in the Southeast Region. In 2005, Maj Bailey was selected as the Senior Intelligence Officer for the 463rd Operations Support Squadron, Little Rock AFB, AR. He was responsible for the execution of intelligence support to three C-130 squadrons supporting operations in Iraq and Afghanistan. His unit was recognized as the 2005 Air Force Level Outstanding Operations Support Intelligence unit of the year. Osan AB, Republic of Korea was Maj Bailey’s next assignment where he served as the Intelligence, Surveillance and Reconnaissance Operations Division Chief. During his time in Korea, he was instrumental in setting the stage for GLOBAL HAWK execution in the Korea Theater of Operations. In Jul 2009, Maj Bailey was assigned to the USTRANSCOM Directorate of Intelligence, Scott AFB, IL. During his time at USTRANSCOM, he served as Branch Chief, Pacific Command, Executive Officer to the J2 and Division Chief, Plans and Programs. Lastly, Lt Col Bailey was assigned to the Air Command and Staff College, Maxwell AFB, AL where he served as Course Director, Joint Planning. He was responsible for the development and execution of the Distance Learning Joint Planning program serving over 10,000 active, guard, reserve and civilian personnel.